Home Current Affairs NHS Crisis: what the government can do to help

“The health service is in crisis.”

That’s what the papers and media outlets scream; all the pressure groups are pushing for your signatures, but from government… nothing. Well, not nothing: the Secretary of State abandoned the 95% target (formerly 98%) for patients to be seen in 4 hours, that what changed. Note that for all the bluster from government about 7-day services, A&E has always operated 24 x 7.

Mrs May’s complacent comment at PMQs was along the lines that “there is a crisis every winter.” There were many more accusations hurled back and forth by the politicians, but ultimately no sign that government would shake off the lethargy and help an NHS systematically starved of funding over many years in every way possible to treat the unprecedented numbers requiring treatment. Politicians were fiddling while Rome burned.

The reality was tougher than the game of words would have you believe. A&E attendances are 5.4% higher in 2016 than in 2015, with emergency admissions up 4.6%, and each figure has risen systematically year on year, such that all A&E departments are operating at more than double their capacity.

Fact is that it’s a complex scenario, but there is much government could have done to alleviate the winter pressures situation. Here are a few examples: 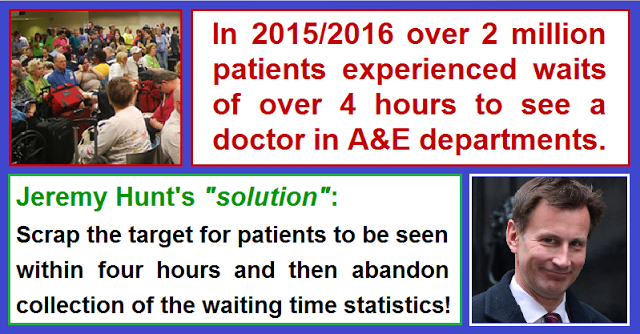 These are more commonly known as “bed blockers,” are at record levels: 26% higher this year than last, with 47% more delays due to waiting for homecare or nursing care. We had a few weeks last autumn where social care funding was top of the hit parade, following which it was quietly forgotten and the headlines moved on to another topic. Nothing changed.

There was one suggestion: “NHS trusts in distress could ask GPs to free up time to help them discharge and care for patients,” though GPs are also operating way beyond capacity and, as independent partnerships providing front line primary care services to the NHS, won’t willingly extend their role without financing.

More to the point, if we want hospital beds available we should be ploughing investment into providing affordable high-quality care for the elderly and disabled, and intermediary and rehab beds in community settings. Local authorities are not able to do so since their budgets have been slashed.

Memo to the Secretary of State: you promised 5,000 additional GPs in your manifesto, but haven’t yet stopped doctors leaving the profession or country. They are finding more lucrative and less stressful ways to earn a living, and who can blame them in the face of government intimidation. Bullying and threatening them with losing funds is simply going to make the problem worse.

Yes, we need more services in the community and alternatives for non-urgent treatment outside A&E as part of a strategic and sustainable long-term solution – possibly even reopening cottage hospitals plus a 111 service that actually does its job!

But cajoling GPs is not the way to get them (see here and here.) GPs work way harder and longer than ministers already, such that there is an alarming attrition rate from practices that should have set alarm bells ringing in Westminster. Since many GPs are working stupid hours it’s small wonder they don’t want to take on more, but there is a shortfall willing to replace those who retire or move on.

Go to any GP surgery and you’ll find locum doctors filling the many vacancies for salaried or partnership roles. Why? Because they can take responsibility for the service required by their contracts without having the burden of extra demands and legal responsibility for what the Secretary of State might throw at them.

This certainly includes staff, including GPs as mentioned above but particularly emergency and trauma specialists – many of whom end up doing back-to-back shifts in crises such as this (illegally in many cases.)

The staff shortages are currently dealt with by employing locums and staff from overseas, many of whom will not be entitled to work in the UK once government plans to curb immigration are enforced, but what do you do about beds? The first thing to happen is that elective procedures are cancelled and, when possible, rescheduled.  This is supposed to happen within 28 days but often cannot be delivered.

But these are far from being the only resources that are short in this crisis. The one you will about most frequently is beds, all the more so since wards have typically been closed down while Trusts grapple with the impossible task of breaking even. Sadly, it seems inevitable that even more will be closed as part of the Strategic Transformation Plans (STPs) allegedly undergoing public consultation now.

We’ve all heard about ambulances waiting for hours and A&E full of patients on trolleys (usually just a cliché though I have once seen patients lining an X-ray room), but worst of all is when elective procedures are cancelled. And worst of these, cancer operations are now being cancelled to make room for patients who are sick and need beds instantly.

Problems are stored up for the coming months, in other words – and I am one such victim, having had my ankle operation postponed to February. I don’t blame the Trust, but I do think that money to keep beds open and improve patient flows through hospitals should be available over and above budgets.

Granted that more surgery is done as day cases than ever before, but the purpose of every hospital must be to provide sufficient beds to meet peak level demand – and that means staffing and resourcing them. Some feel the best way to do this is to reopen some of the closed cottage hospitals, many of which were closed since they are not deemed economically viable, but the fact is that without staunching demand all hospitals have insufficient capacity to meet even routine demand, without peaks.

This is a very simple summary of issues that I could discuss in far greater detail.  Put simply, we need to return to the days of putting patients first and regarding budget as following need without question. So here are a few solutions: 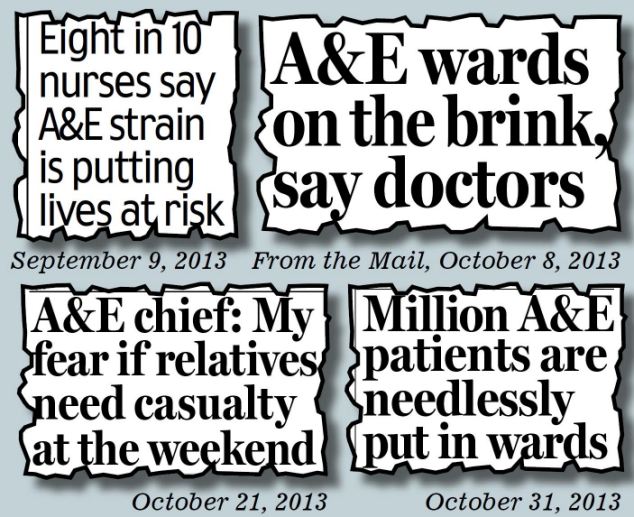 Whatever happens, it won’t be easy, but starting with a government not in denial and with a clear mission to provide resourcing without asking the impossible of staff will be a step in the right direction.

Only a confirmatory referendum, not a general election, can break the Brexit impasse

EU Elections: is there any way out of this Brexit black hole?

Capitalism is killing our planet: we must act now